The Tiger Moth was the first ever plane produced by Ant's Airplanes. In 2019 this aircraft has been revisited with a completely new high definition version called the Tiger Moth Pro. The Tiger Moth Pro is available as a full featured payware version or a limited feature demo/freeware model. The original Tiger Moth is still available for download on the Free & Demos page.
The Tiger Moth first flew in 1931 and quickly became a commercially successful aircraft (8,868 produced) and was the primary military trainer for many Commonwealth nations leading up to and during World War II. After the war many of those Tiger Moths went into private ownership and became a popular training aircraft at flight clubs. Even today there are still around 650 airworthy Tiger Moths and it is arguably the most famous biplane ever built.
Click here to DOWNLOAD DEMO/FREEWARE VERSION (114MB). The demo/freeware aircraft is available to fly with the following restrictions:
- Many of the customisation options in the Pilot's Handbook - Animations and Preferences sections are not available. These will be noted with an asterisk (*) next to the option.
- Pilot and passenger models will always be visible
- Airspeed and altimeter are not customisable. Airspeed gauge will display in MPH and altitude will use the simple MkXIII Height gauge only
- No engine wear, oil consumption or damage modelling
- Only two repaints
- No Physics Based Rendering model and textures for P3D 4.4+
Apart from these limitations the demo is exactly like the full version and should provide a good representation of the performance and framerates you would get from the full version.
Special thank you to Bev and Steve from Tiger Moth Byron Bay. This model is based largely on their VH-PCG aircraft which they were kind enough to let me record sounds and photograph. If you are in Byron Bay then you should make a booking for a scenic or aerobatic flight. They are located just north of Byron Bay at Tyagarah airfield. OZx Australia scenery includes a version of this airfield.


FEATURES
- Highly detailed model. Fully modelled aircraft including the engine and pilot and copilot models.
- Includes 10 different repaints (2 in the the demo/freeware version)
- Physics Based Rendering model and textures (not available in demo/freeware version). Compatible with Prepar3D v4.4+ the new PBR model provides more realistic lighting and shading of the aircraft model.
- In game Pilot's Handbook (shift+3) provides options to adjust animations, preferences, weight and fuel, maintenance, sounds, interactive checklists and description of aircaft systems.
- In game help. Middle mouse click on any item to open the Pilot's Handbook to the correct page with a full explanation of that control.
- Camera control. Adjust the default eyepoint within the game using the Pilot's Handbook. The camera can also be setup to provide handy side views. Note: This function may not be compatible with EZ-DOK or similar camera utilities.
- The appearance of the model can easily be adjusted. Adjust such things as the air intake type, pitot tube style, venturi location, show/hide the windy airspeed gauge etc. Different adjustments can be saved for each different repaint.
- Select either tail skid or tail wheel.
- Customisable instruments. Select from 3 different types of airspeed gauge, 2 styles of altimeter and adjust the rotation angle of the engine RPM gauge.
- Removable engine cowlings and prop. On the ground the engine cowlings and propeller may be removed for inspection/maintenance/screenshots.
- Windscreen transparency. Easily adjust the level of transparency of the windscreens directly in game.
- Custom sound system. The Tiger Moth Pro bypasses the default FSX sound system. This allows the engine sounds to more accurately simulate changes to manifold pressure and engine RPM which is impossible to achieve with the FSX sound system. While the custom sounds do provide better control of the engine sounds the disadvantage is that the sounds do not respond to eyepoint position. The Tiger Moth Pro can be set to use the default sound system if the user requires or prefers.
- Engine damage and wear modelling. The Tiger Moth Pro can track engine wear and oil consumption with aircraft abuse leading to an eventual engine failure.
- Engine autostart routine. Press the FSX auto start key command and the Tiger Moth Pro will automatically step through the start procedure. The user can also set a quick autostart procedure if you want to get flying as quick as possible.
- Prop pull start. Grab the propeller and pull to start just like the real aircraft.
- Controller calibration. The Tiger Moth Pro uses custom coding to control the throttle and mixture controls. You can use the control calibration page of the animation manager to setup your controller.
- Every cockpit control has been mapped to an FSX key command.
- In game weight and fuel loading. Use the Animation Manager to adjust the fuel, oil level and weights of the aircraft directly in game without needing to use the FSX menus.
- Autopilot, comms radio and GPS are available as 2D pop-ups only. 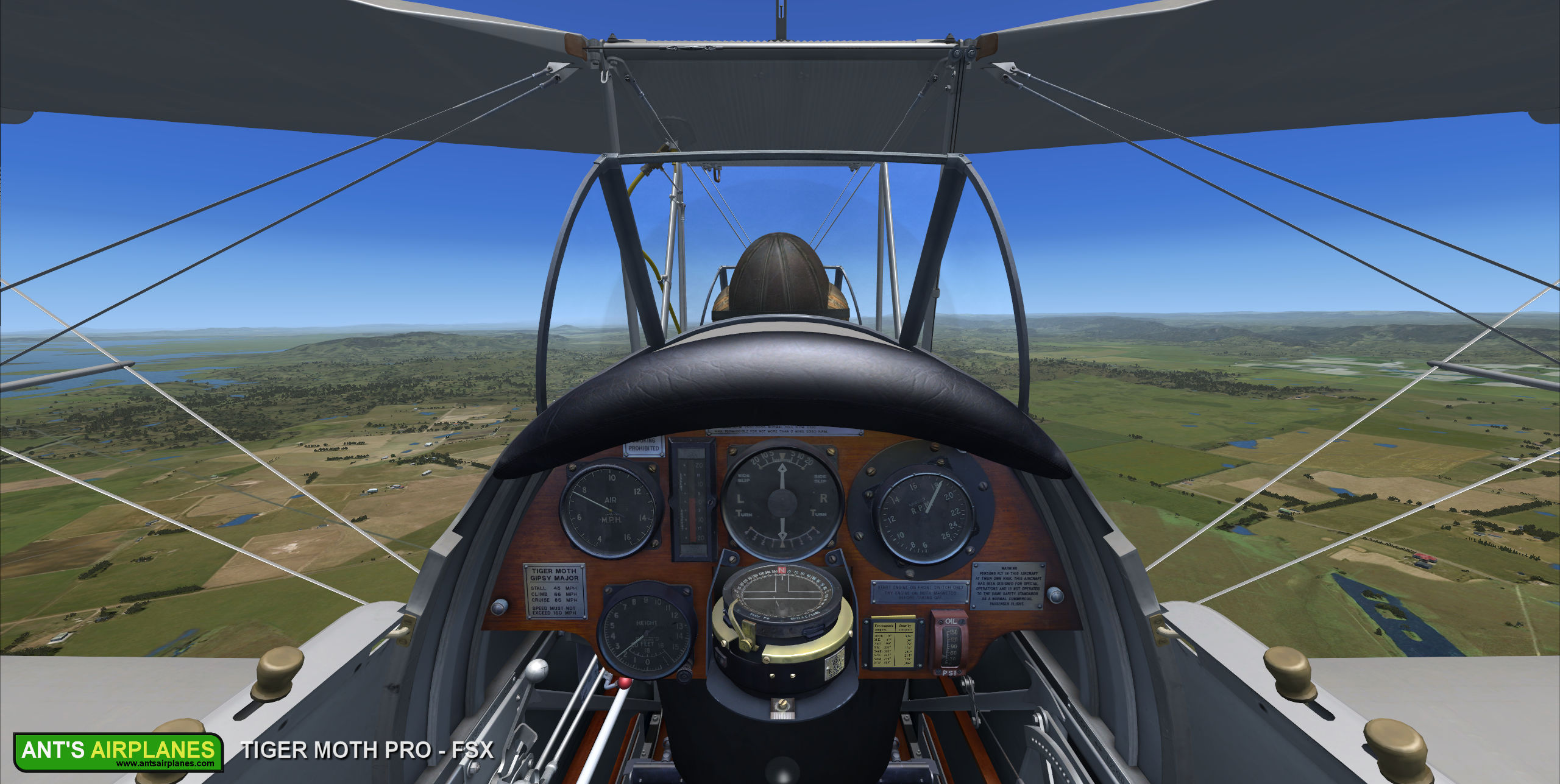 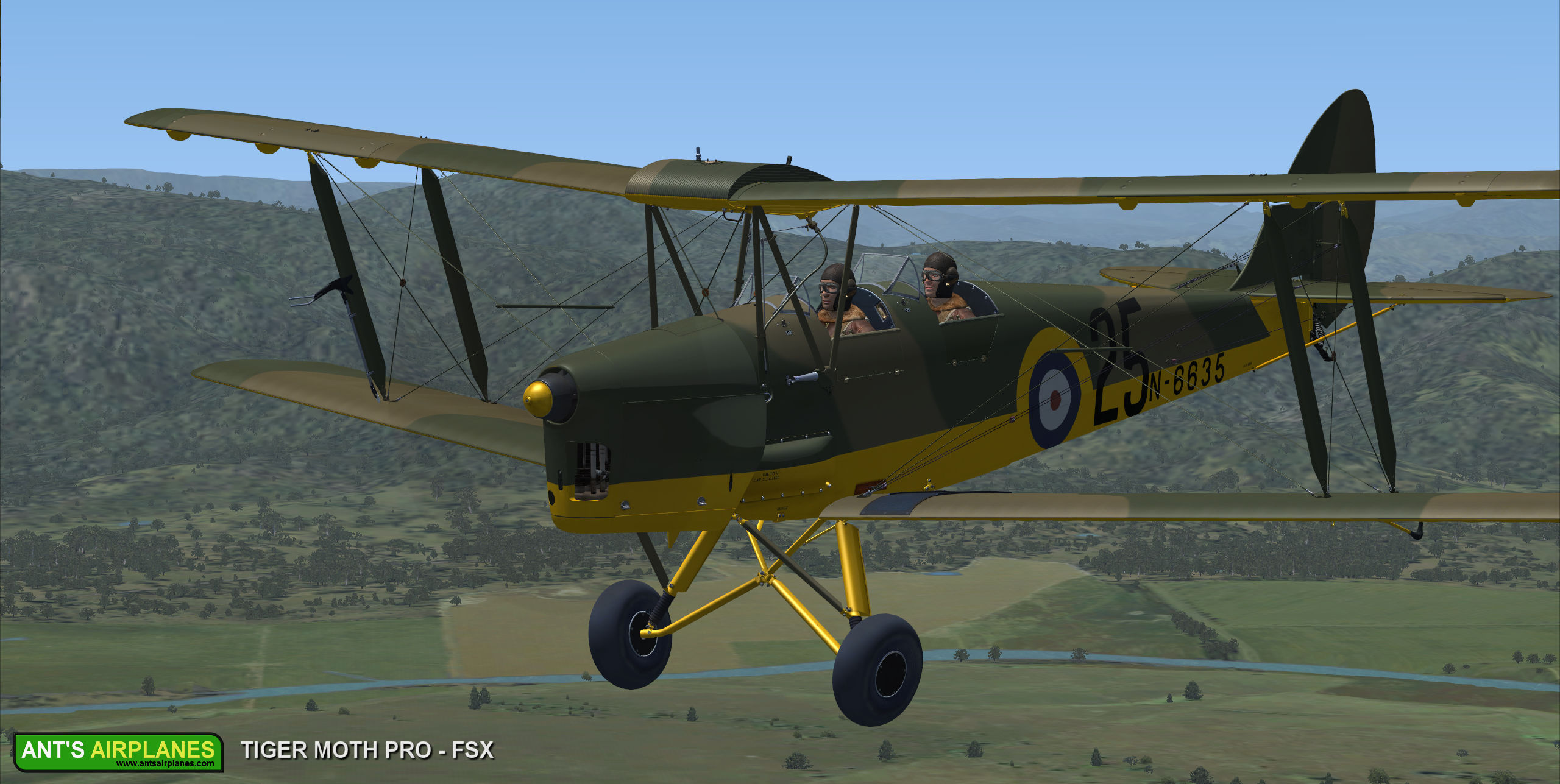 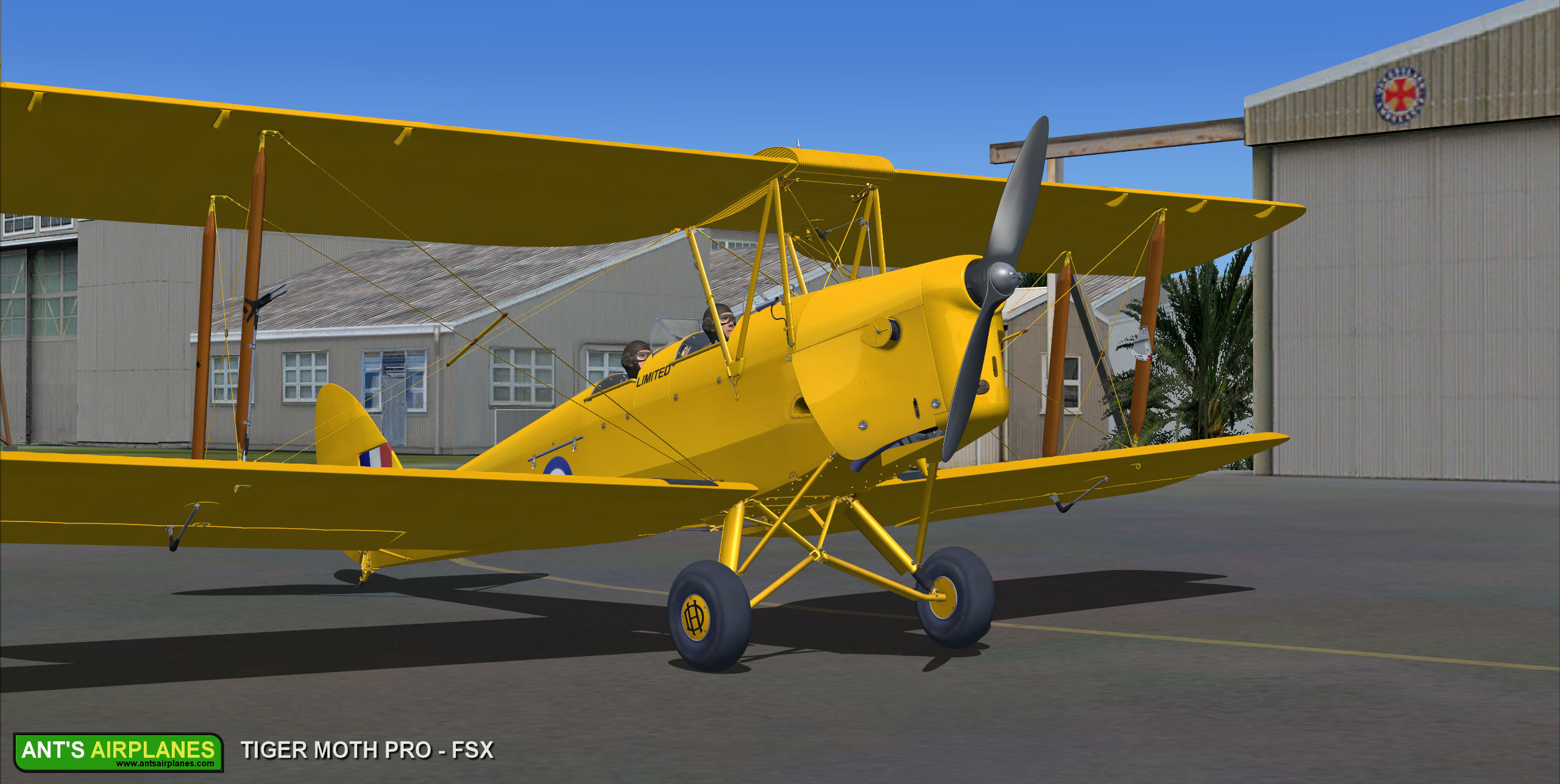 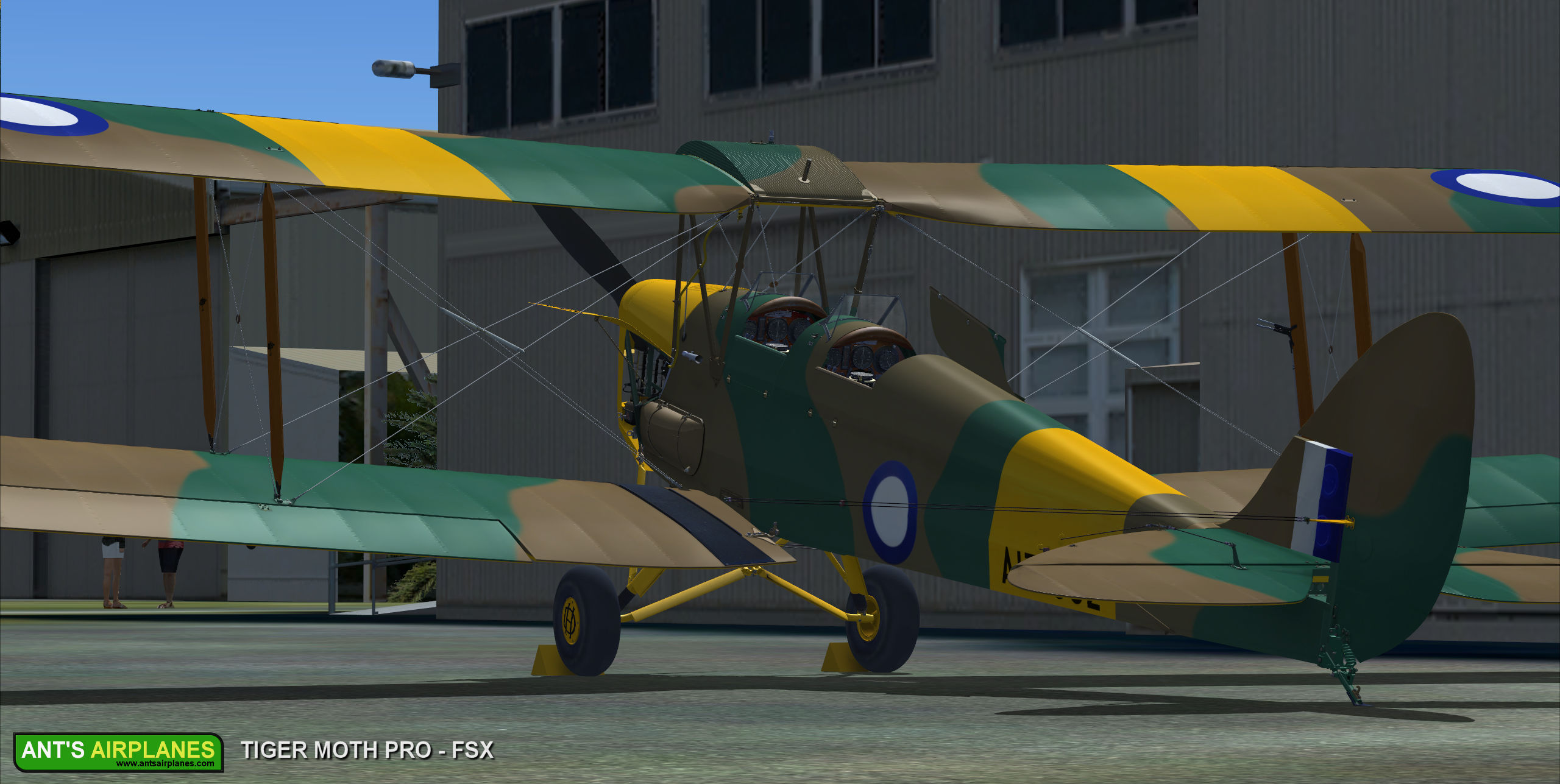 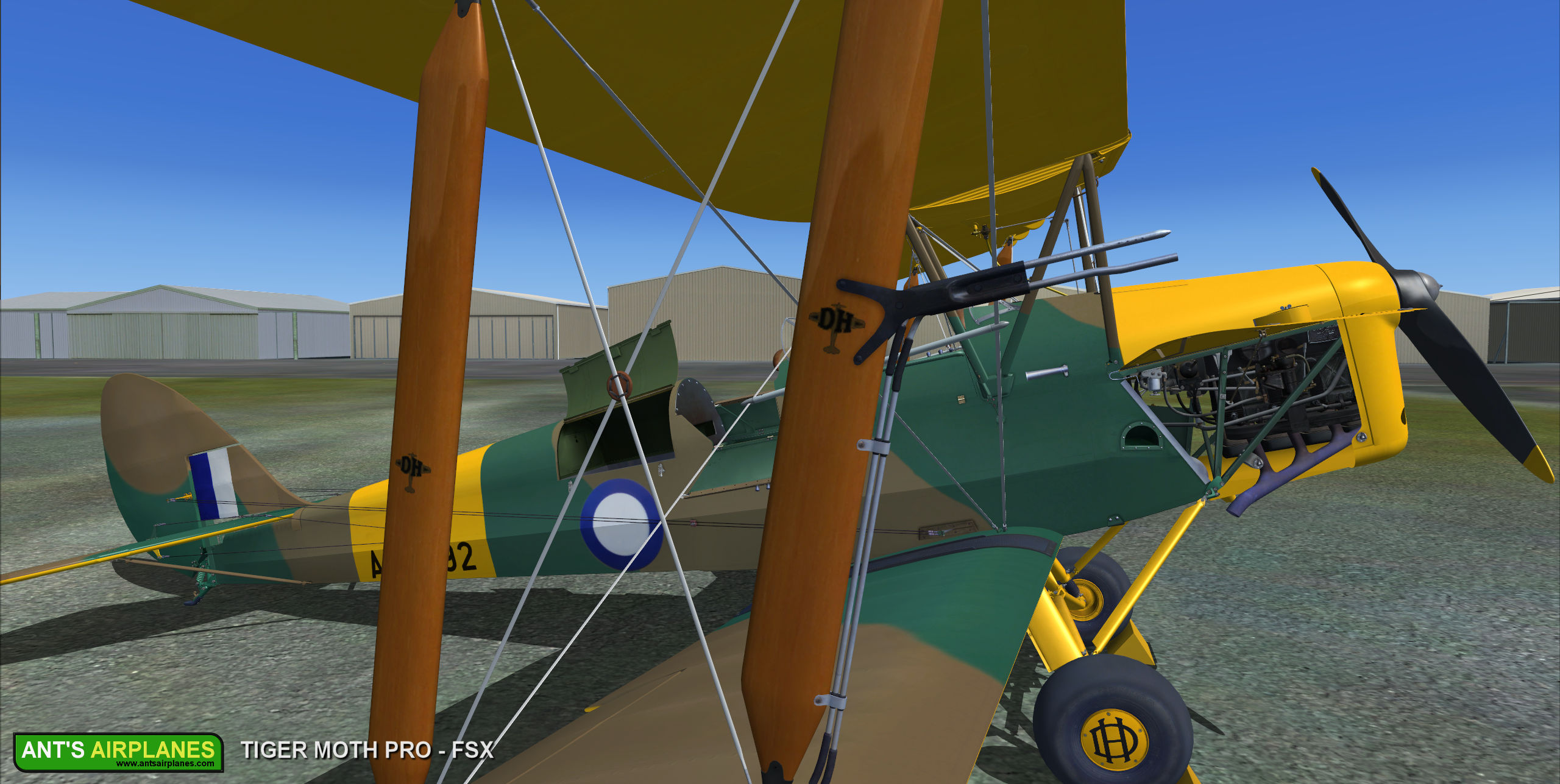 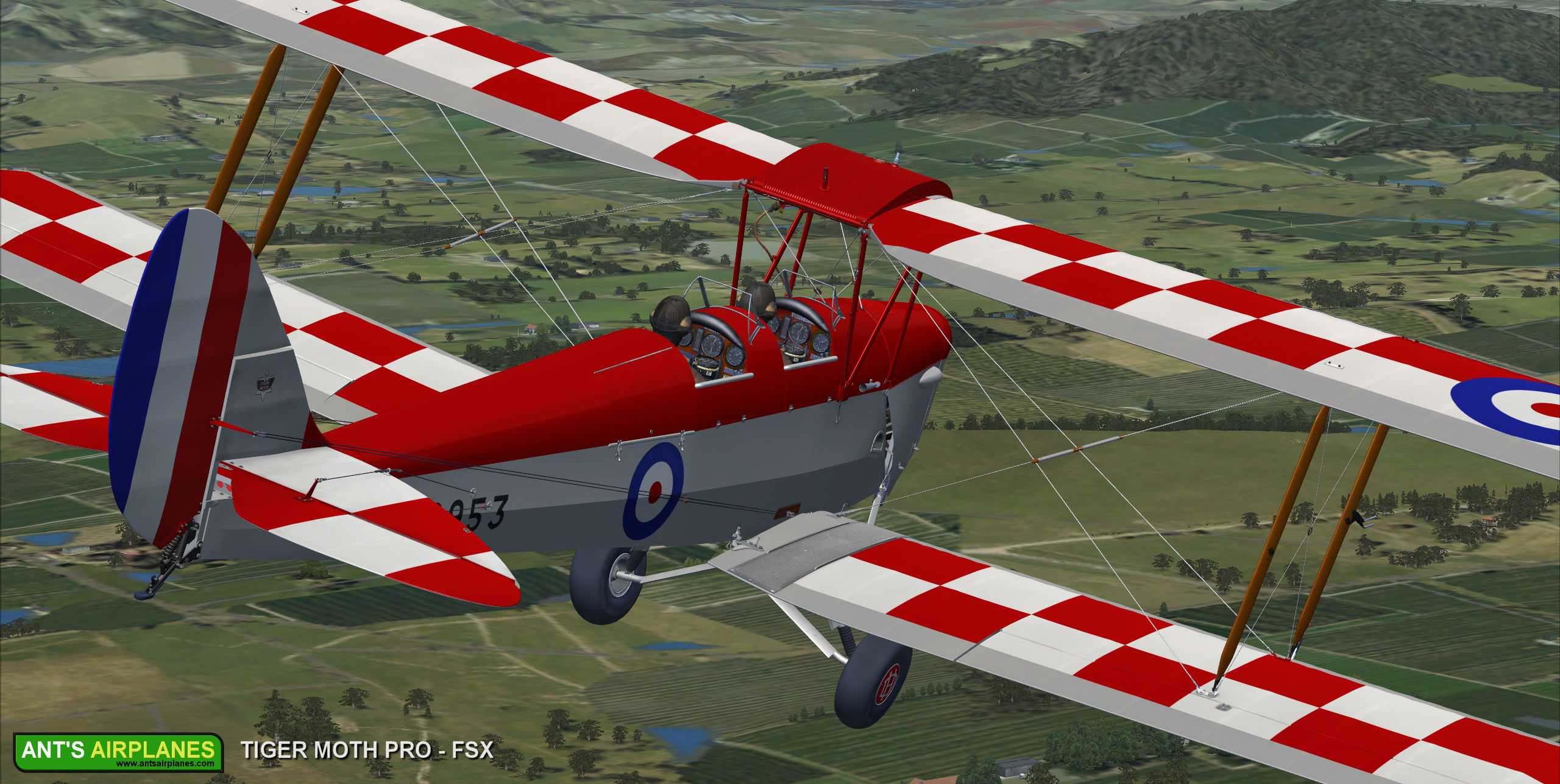 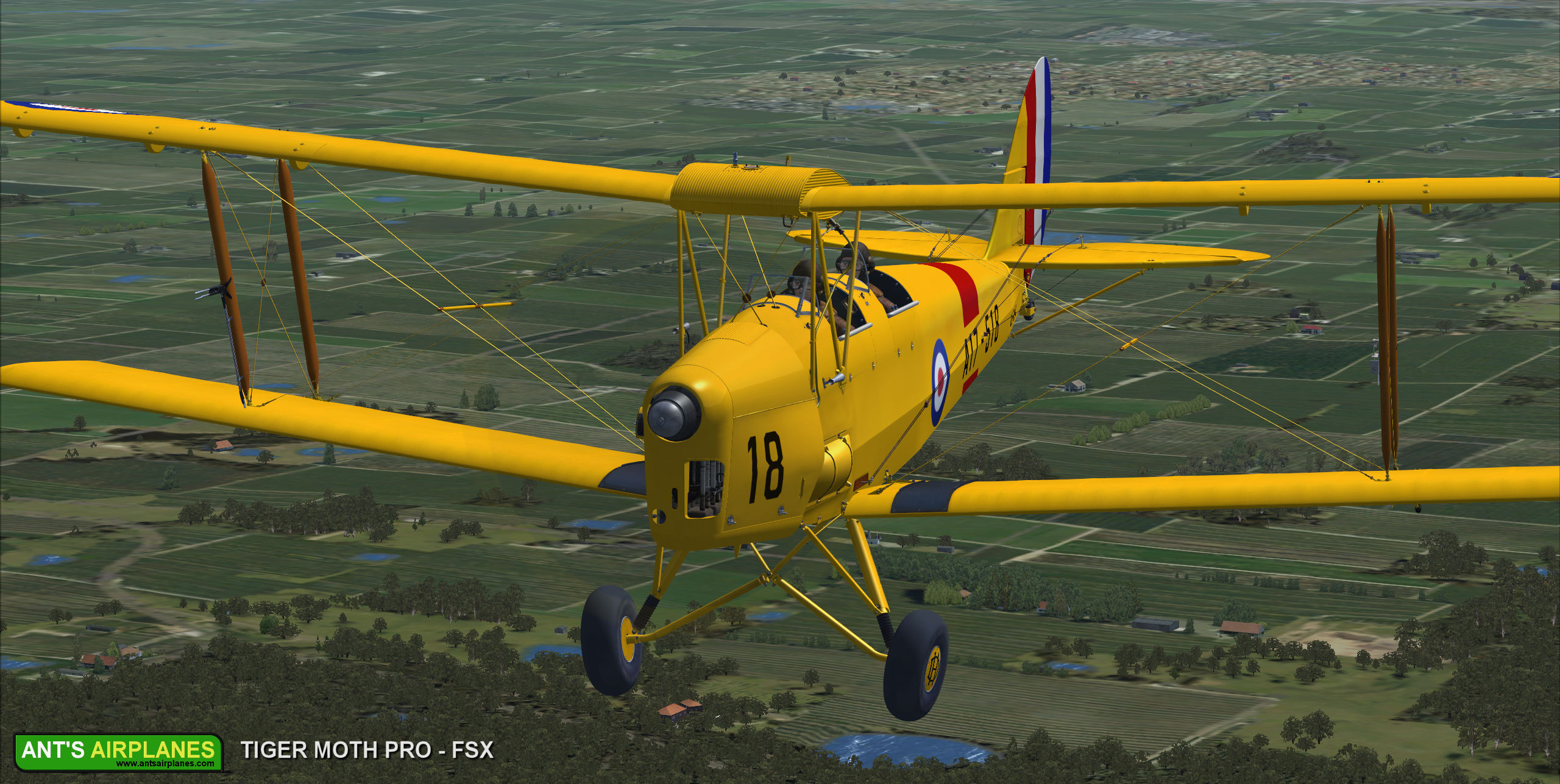 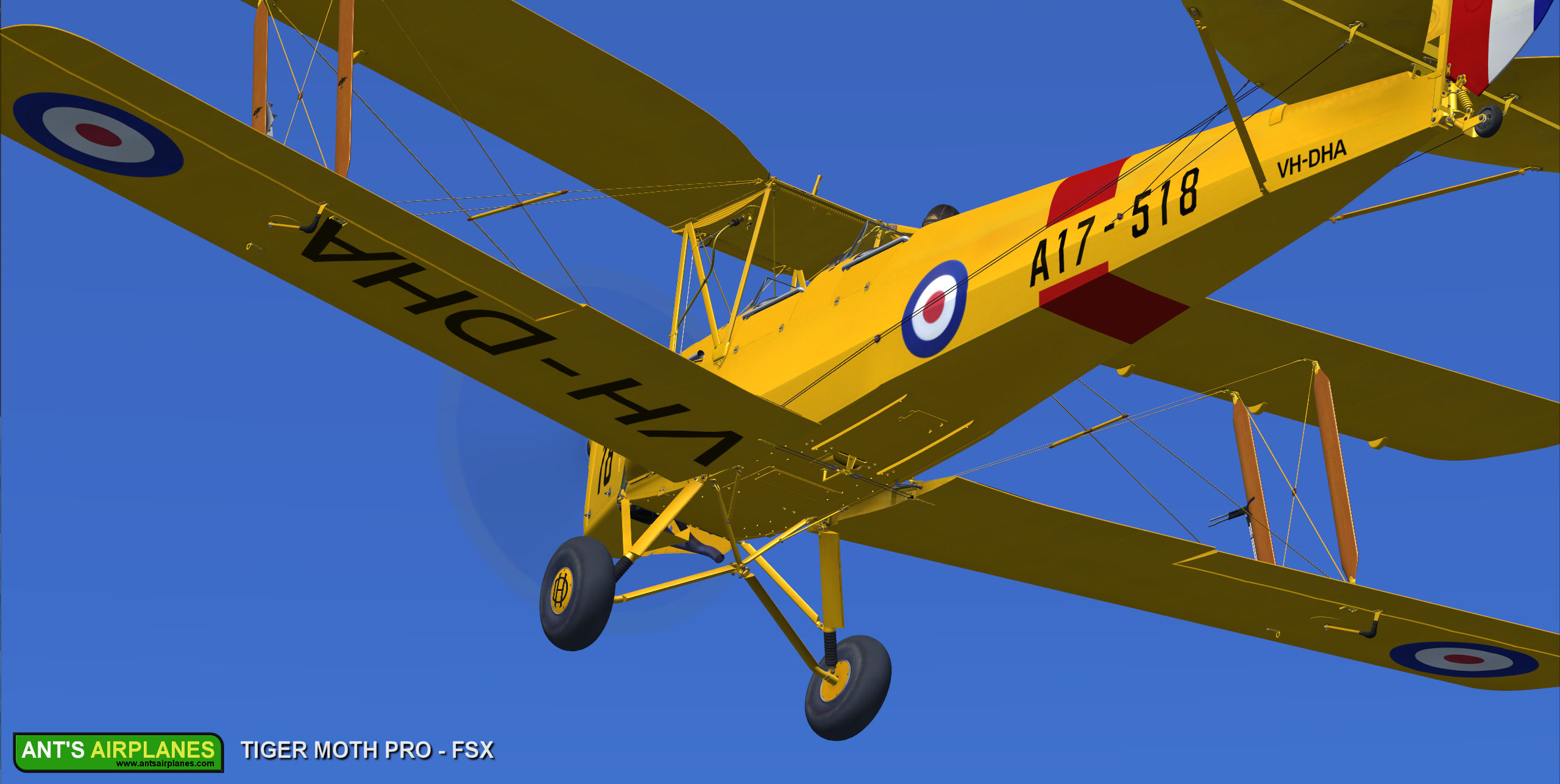 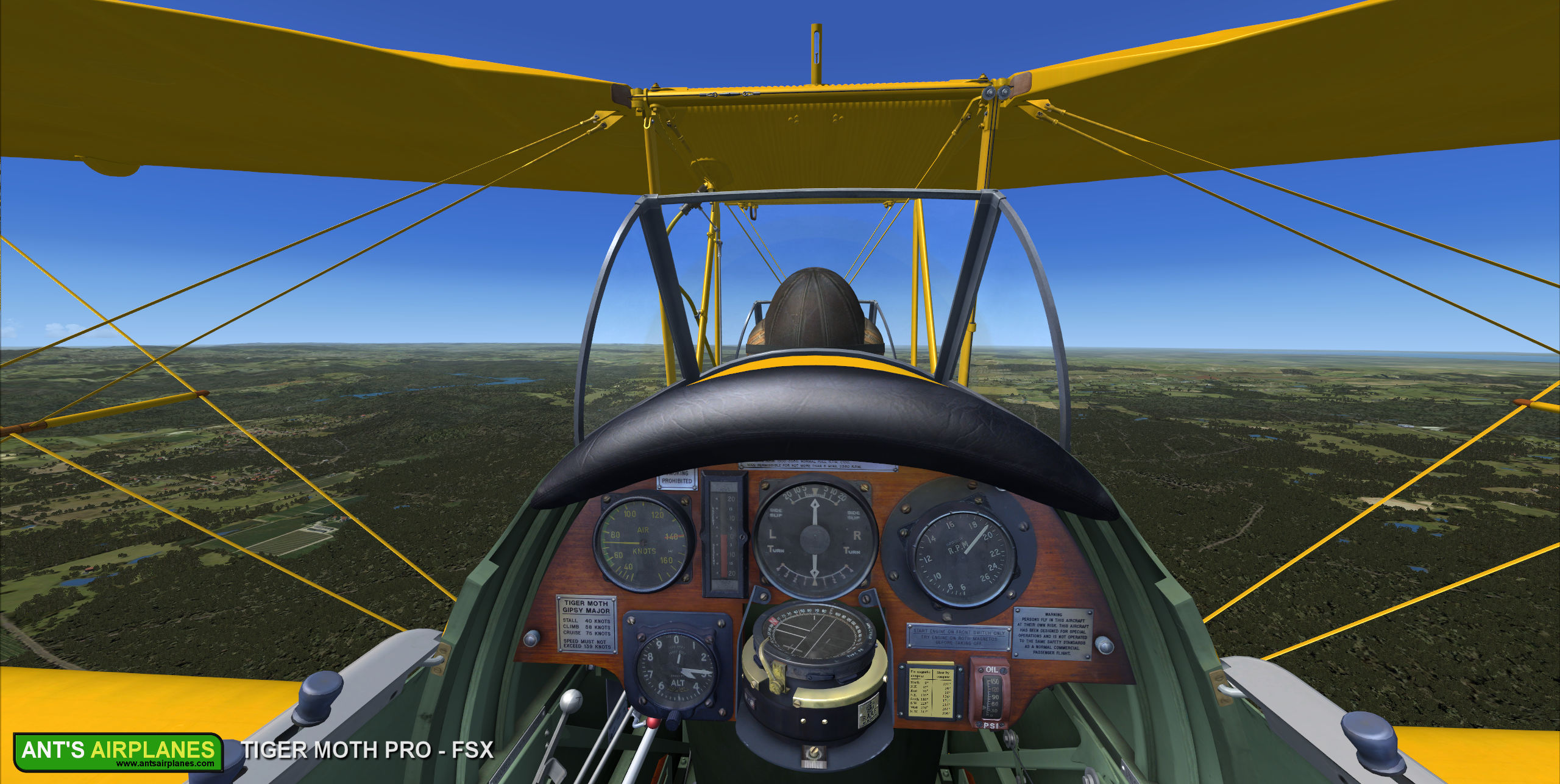 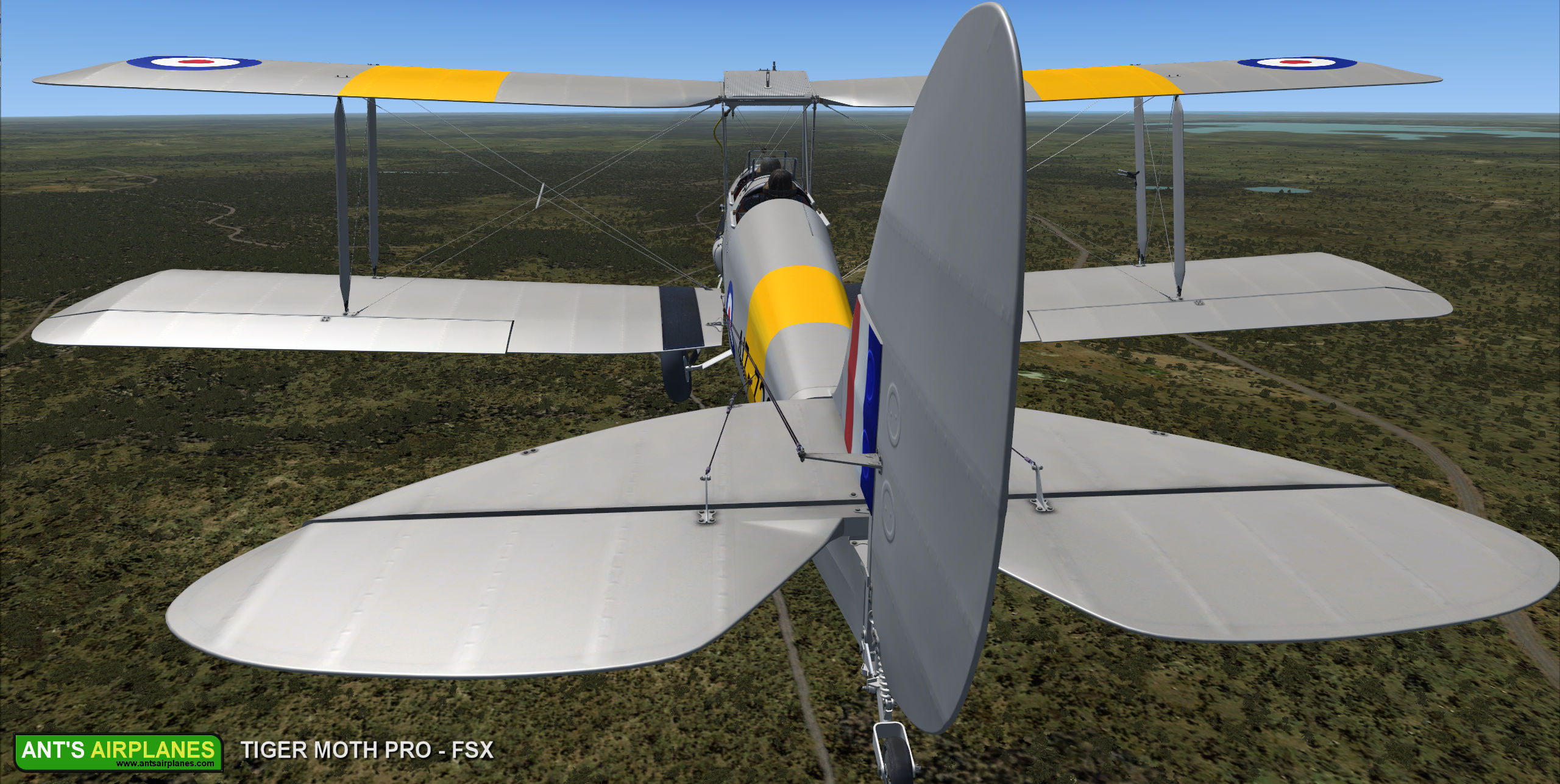 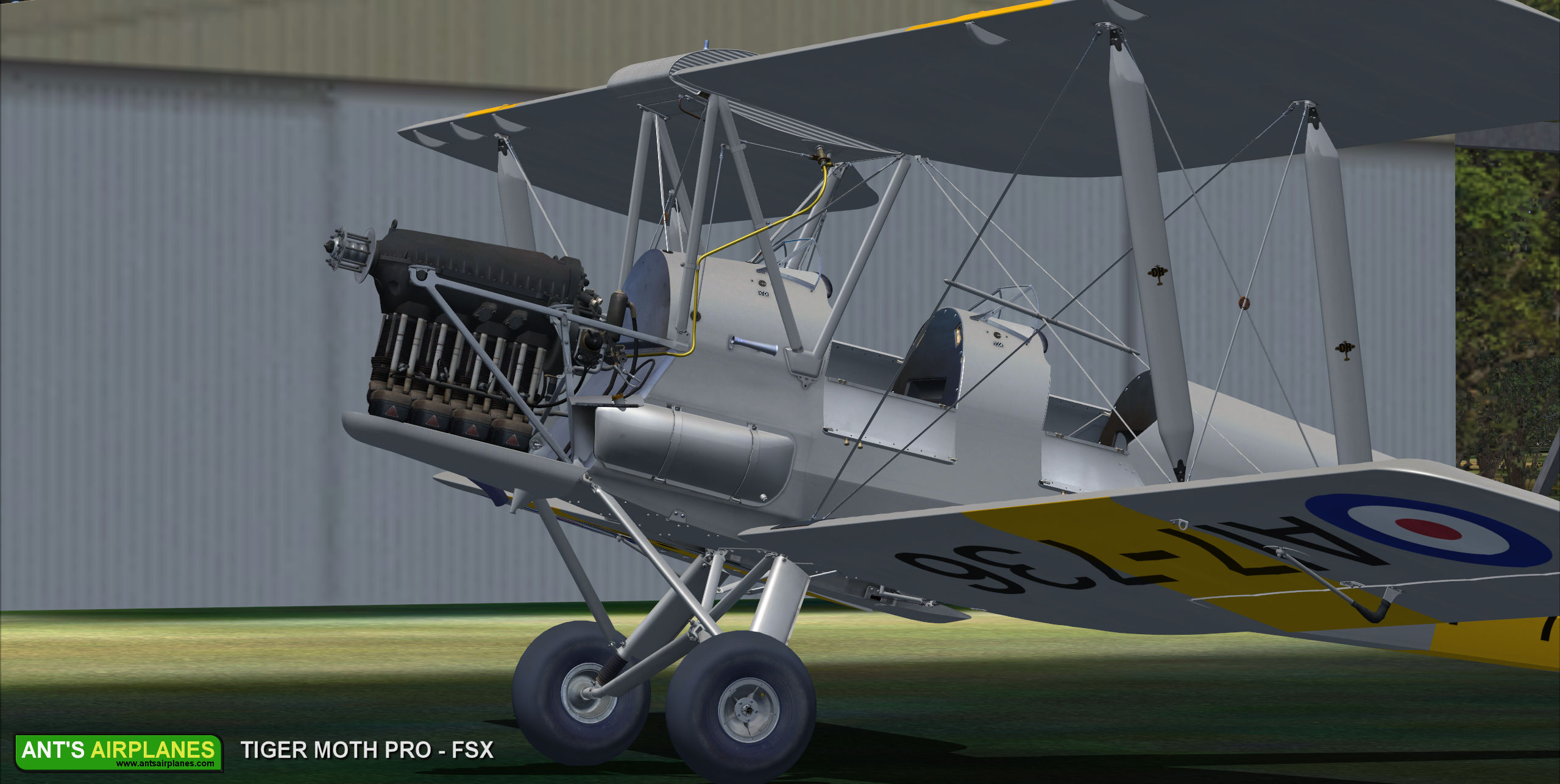 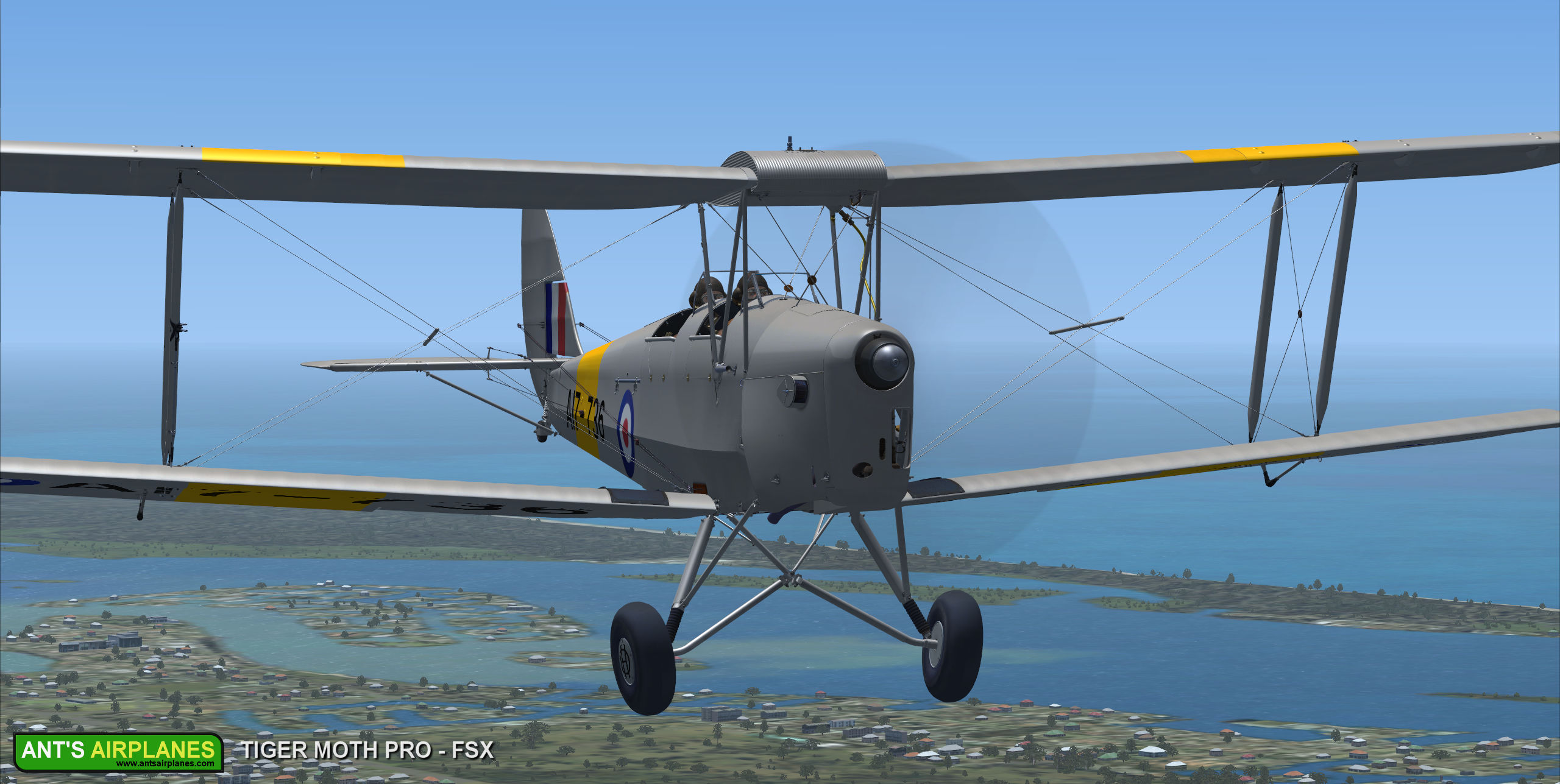 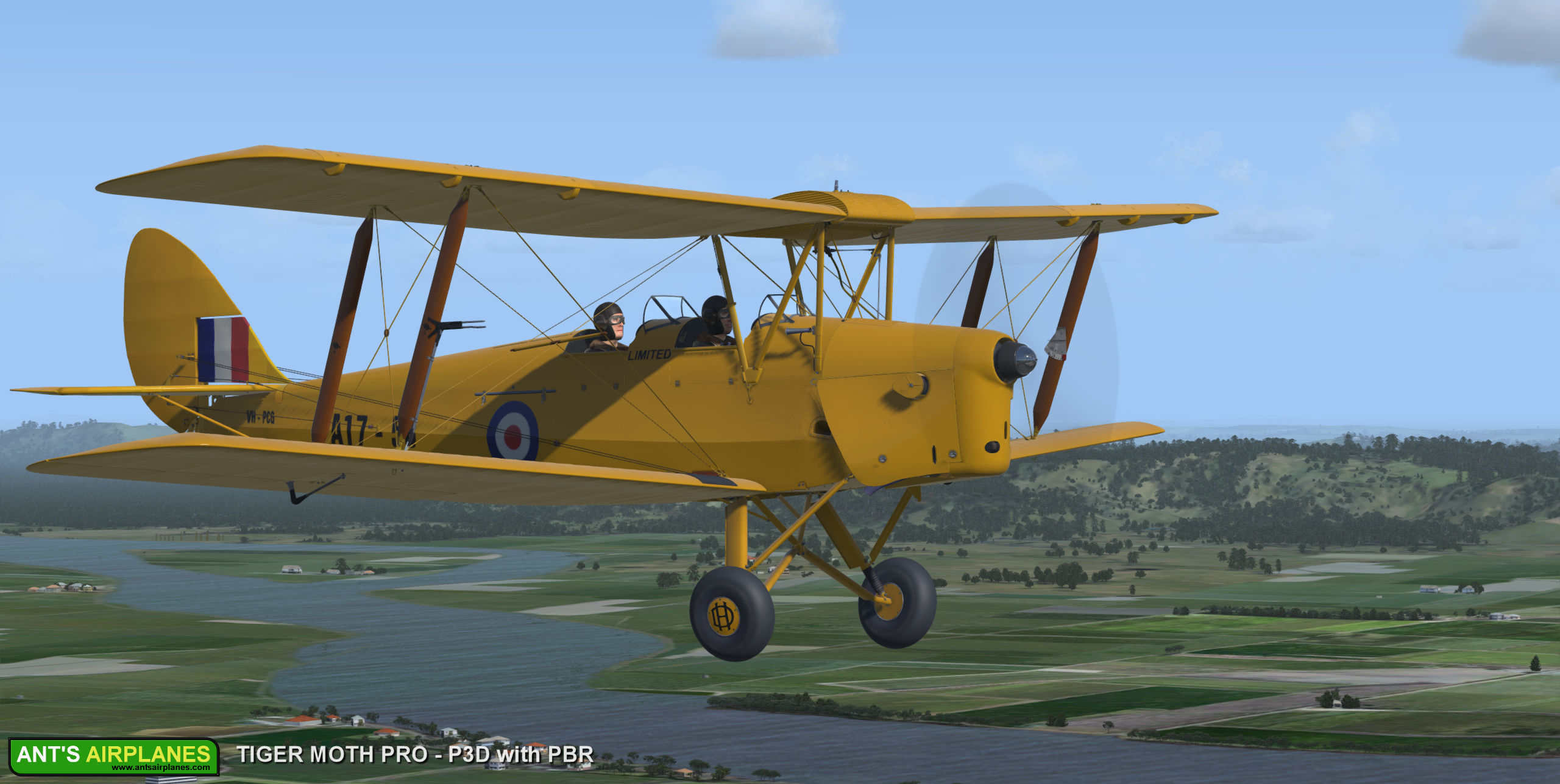 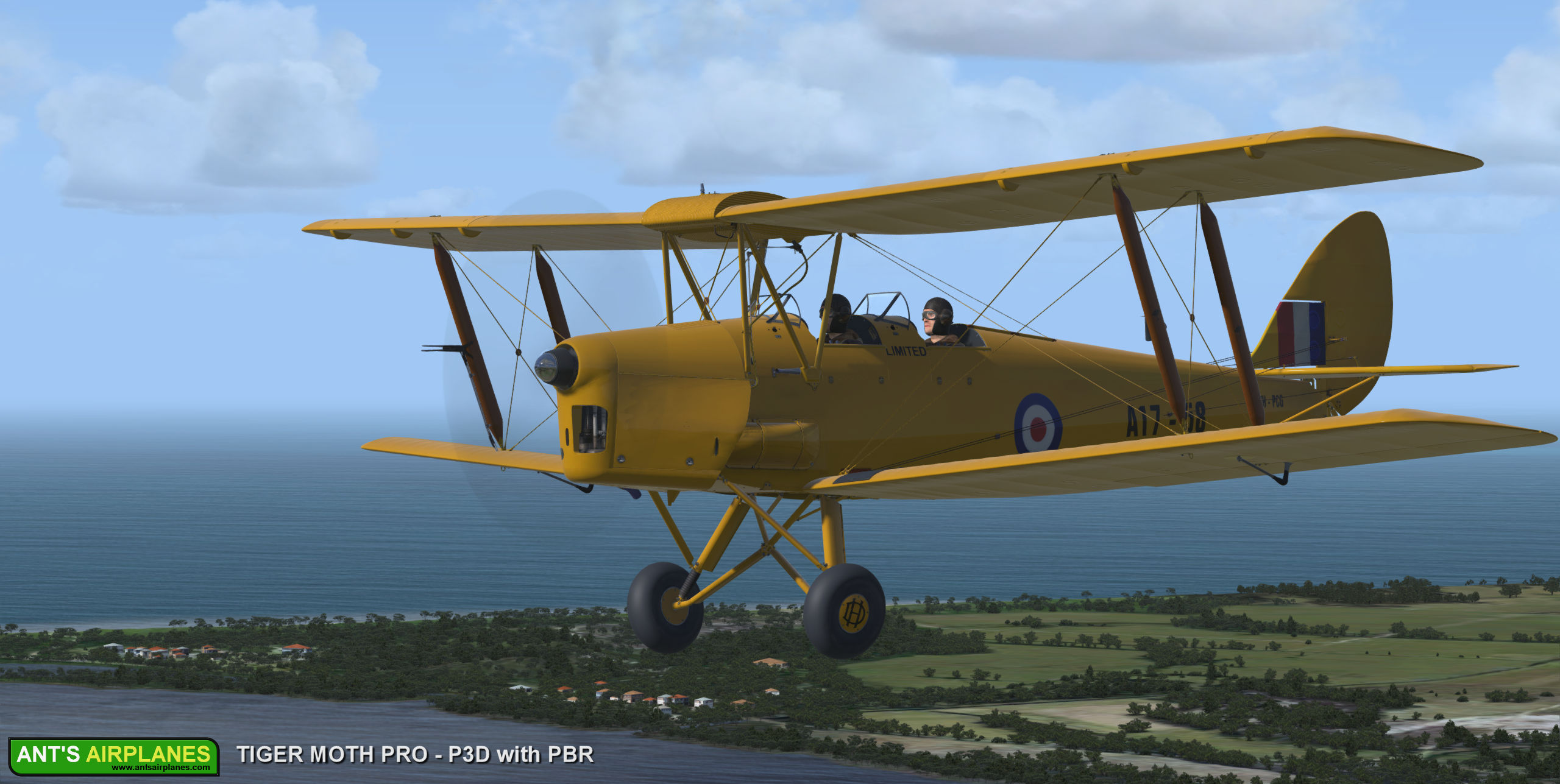 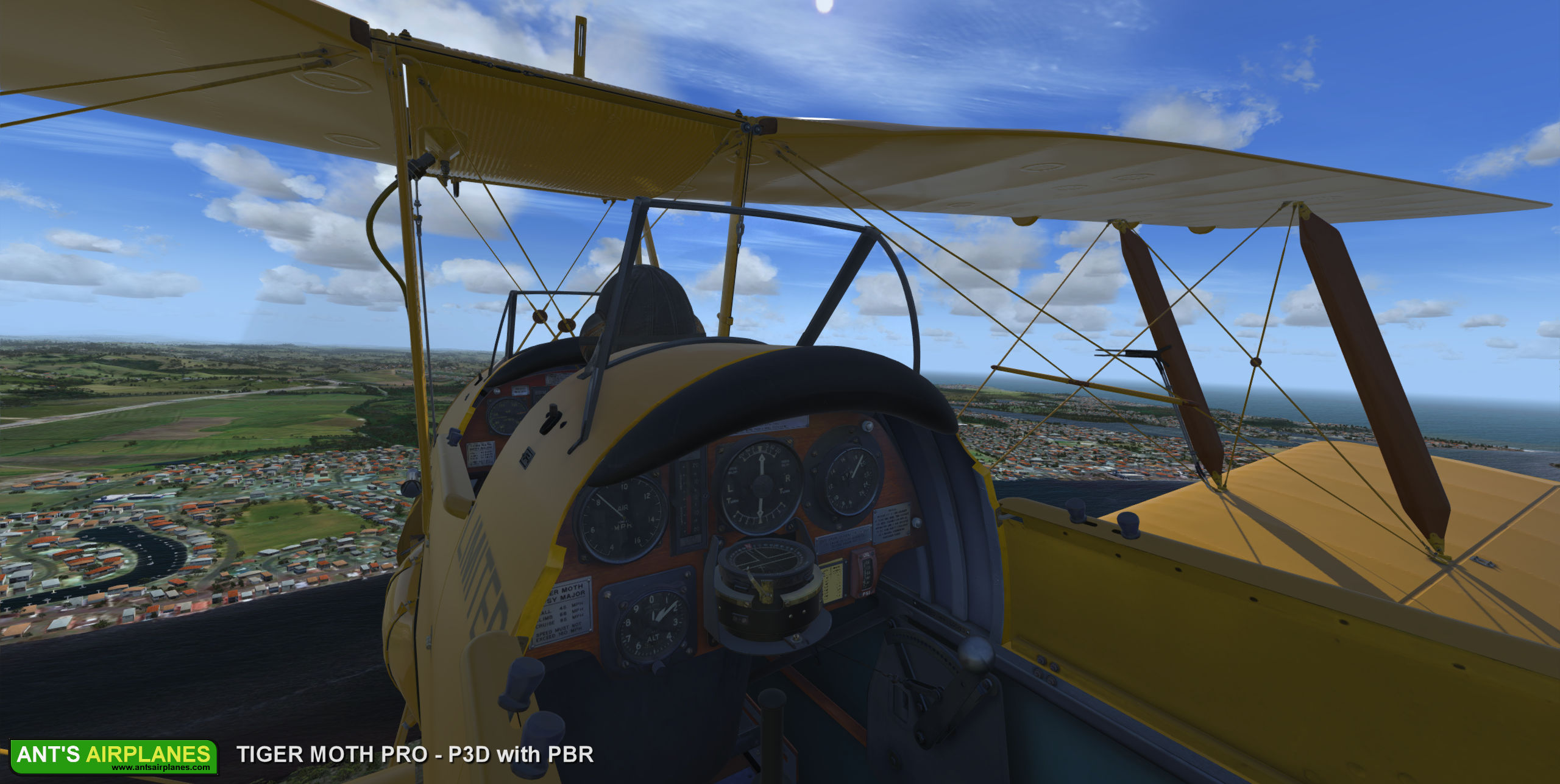 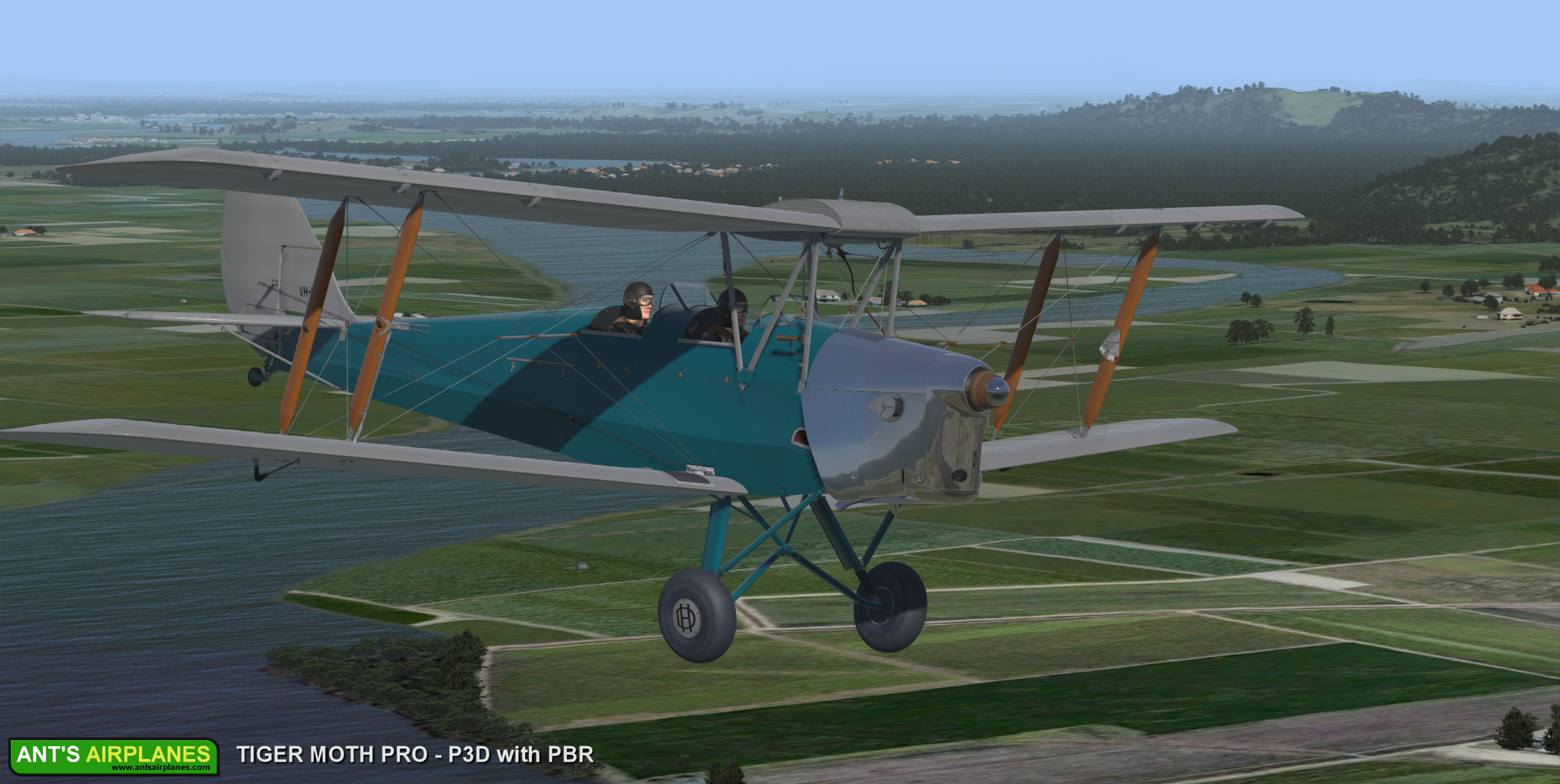 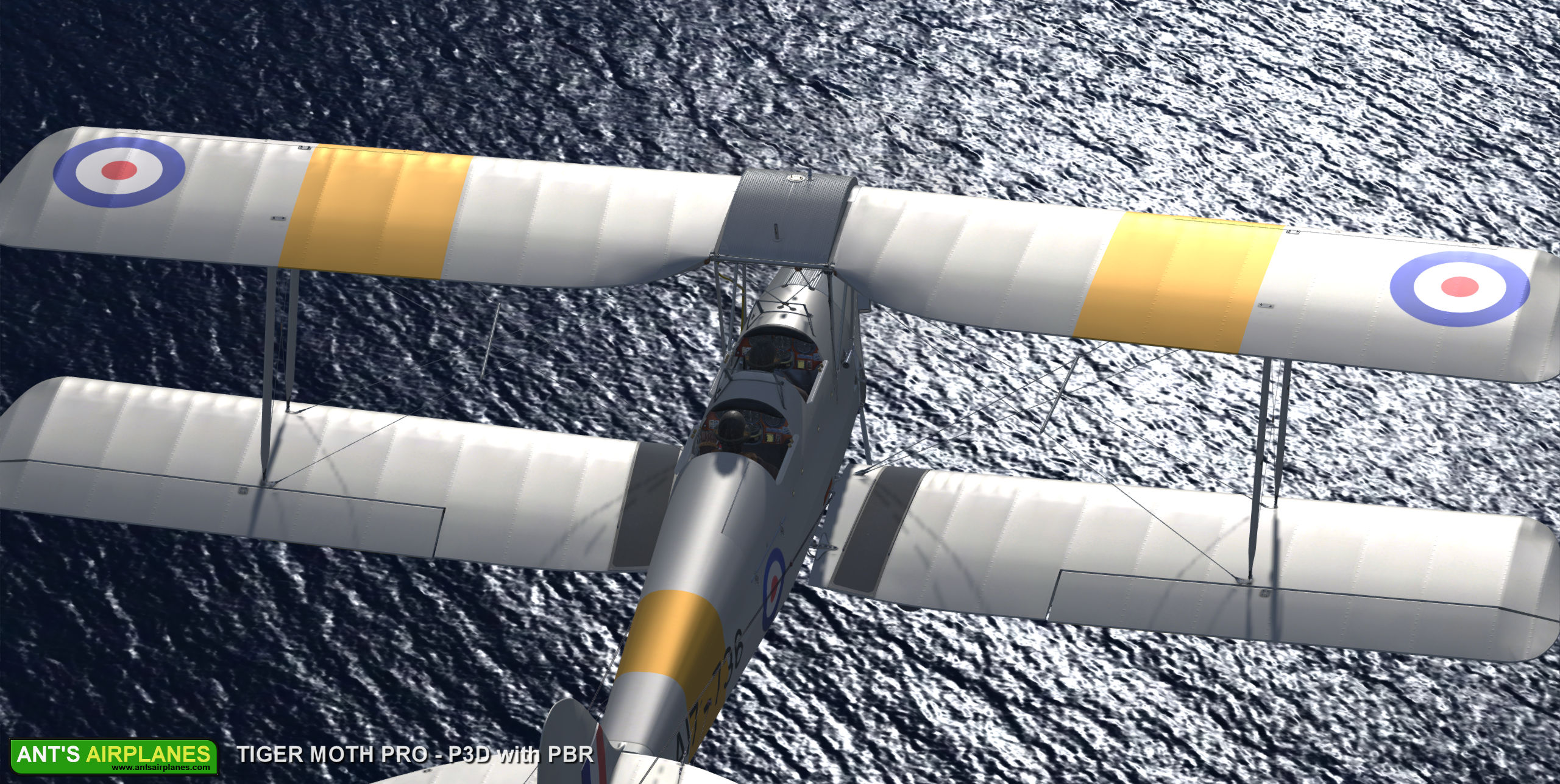 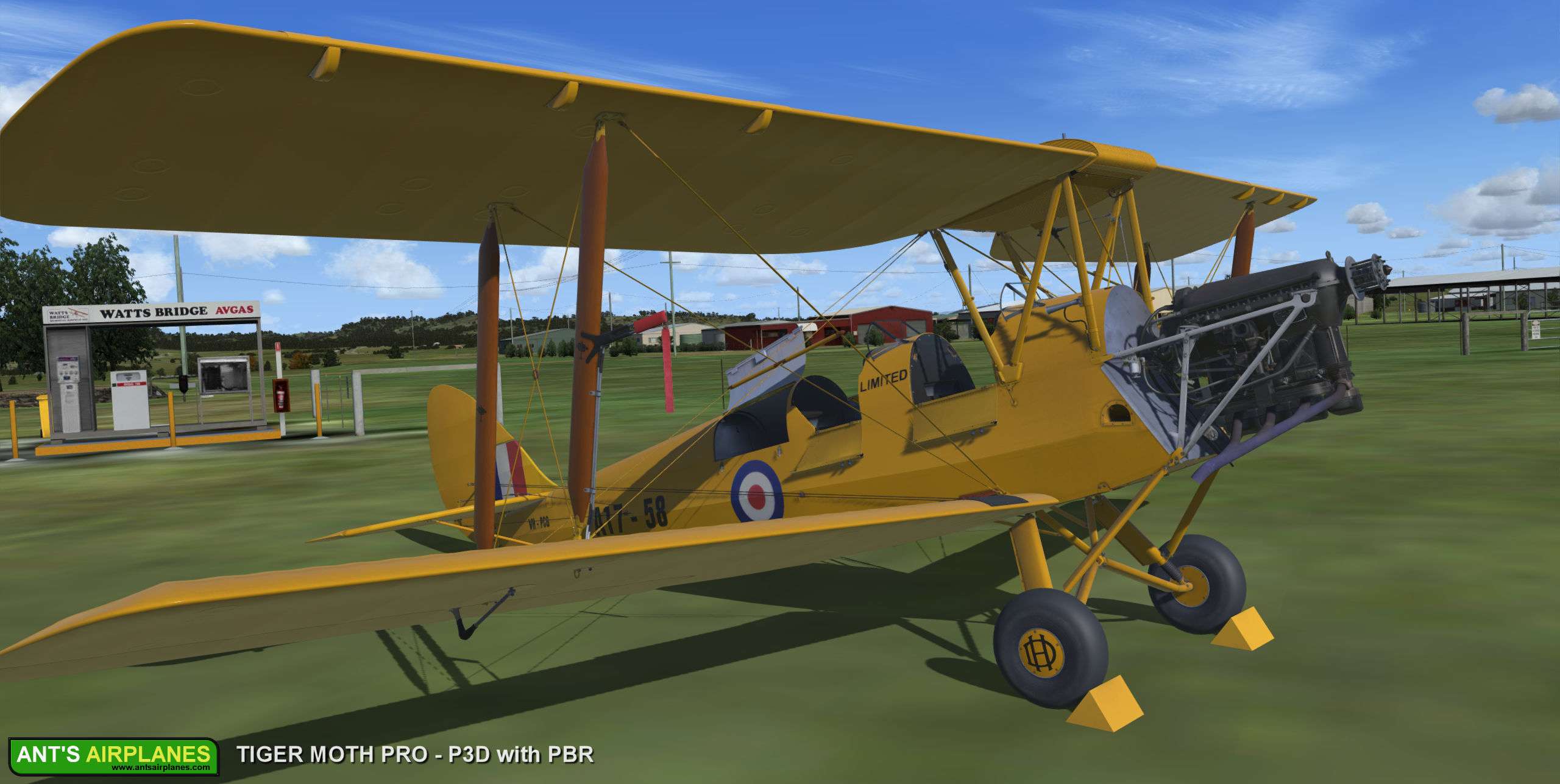 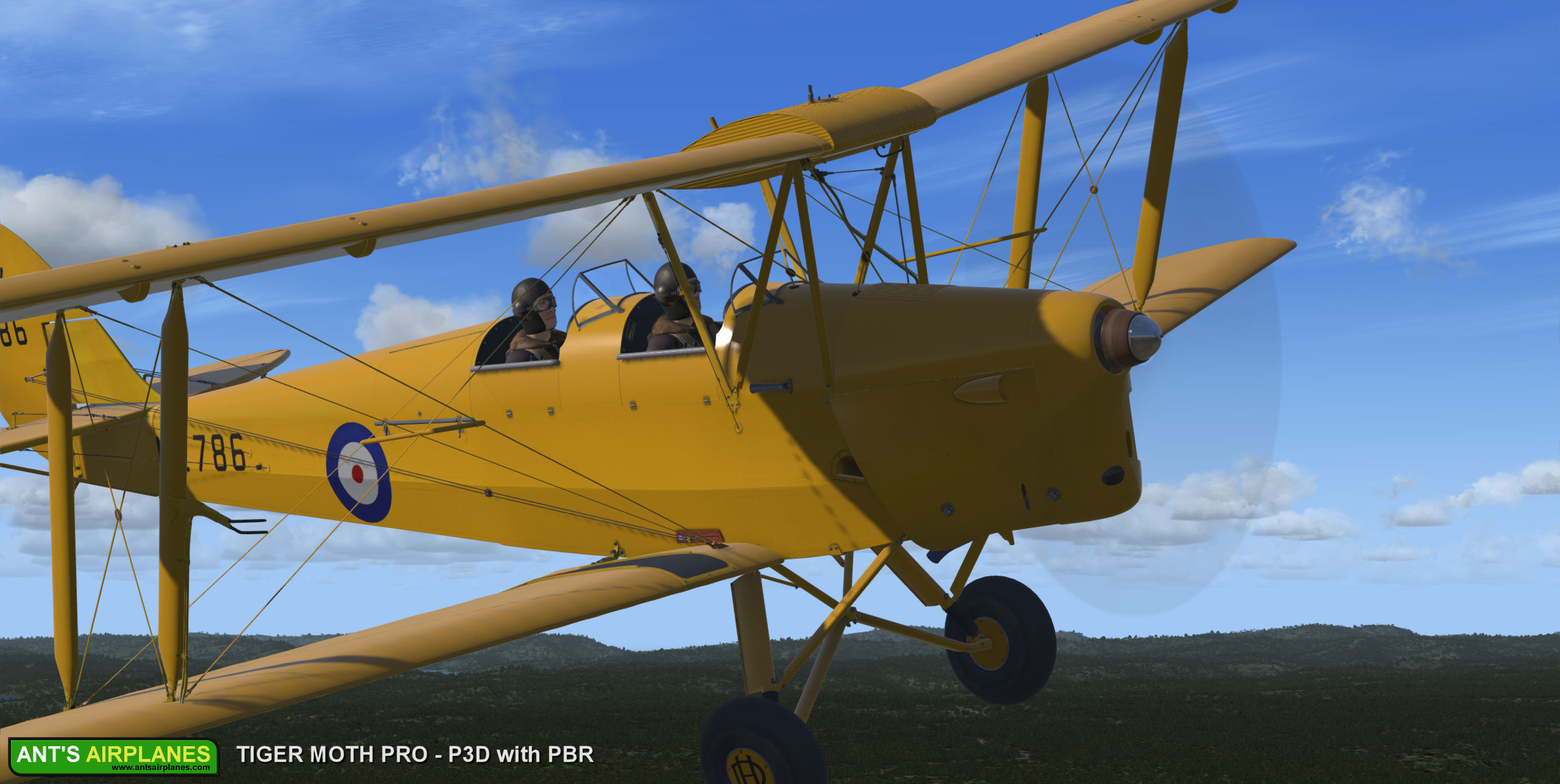 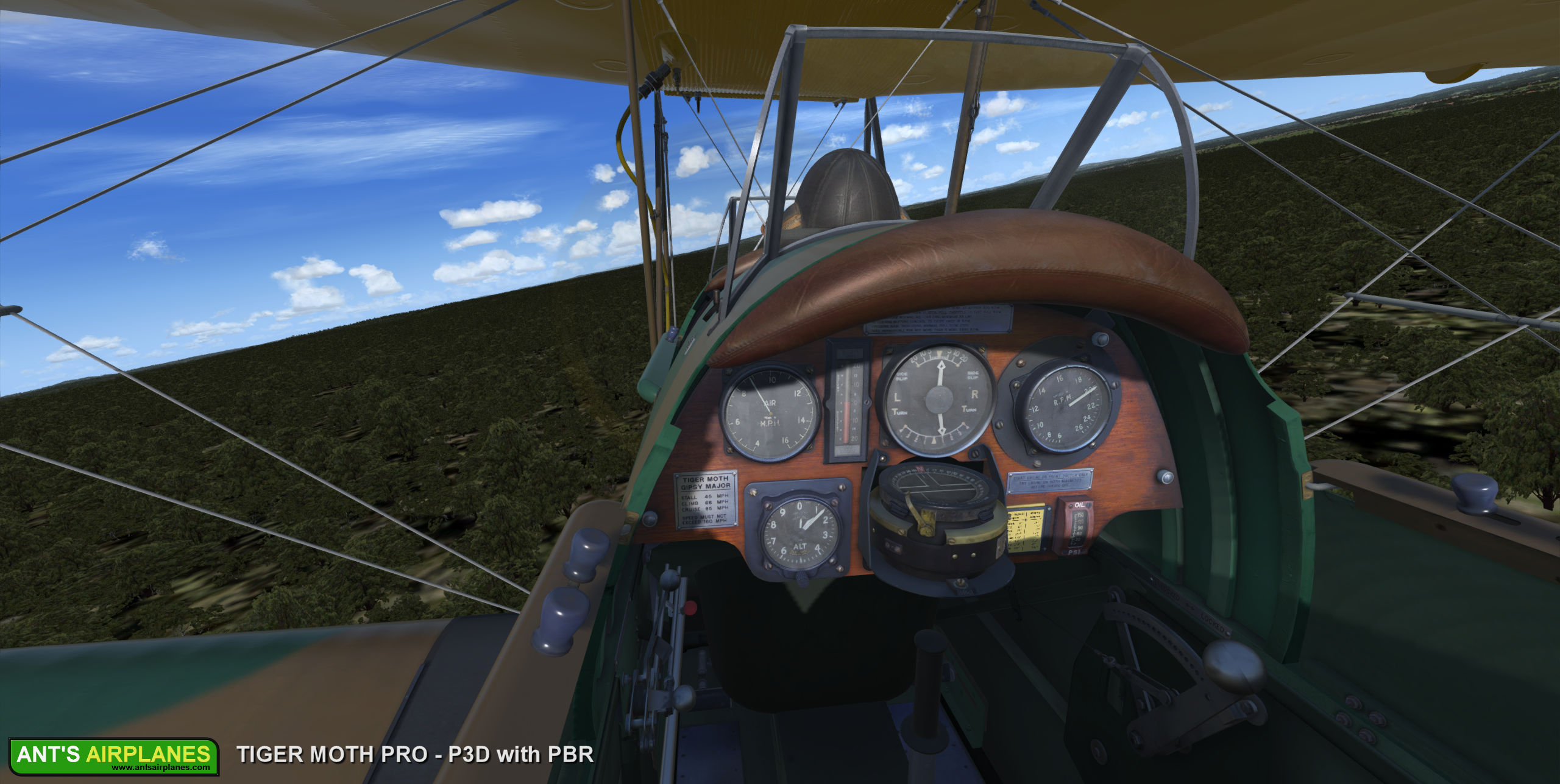 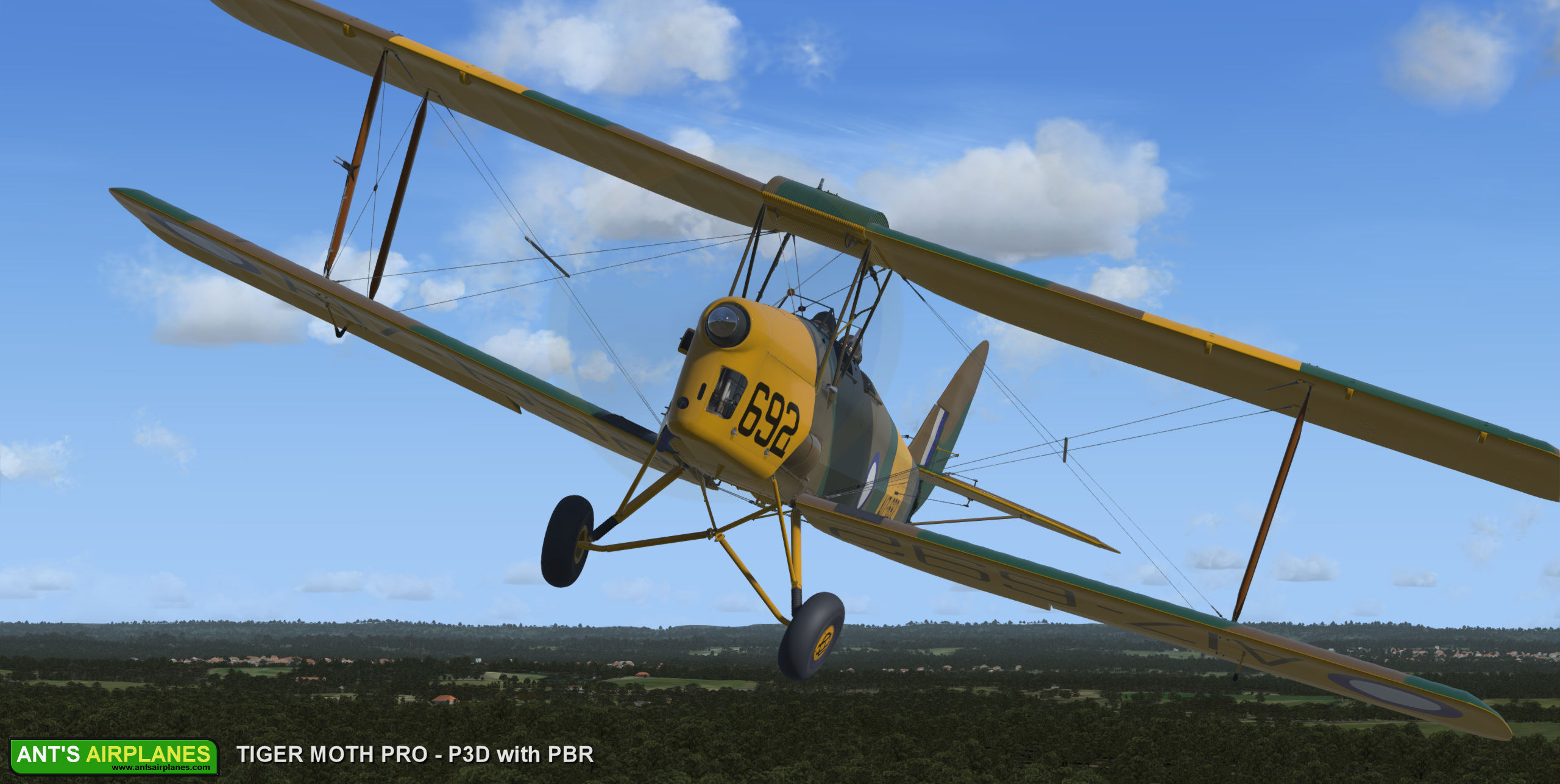 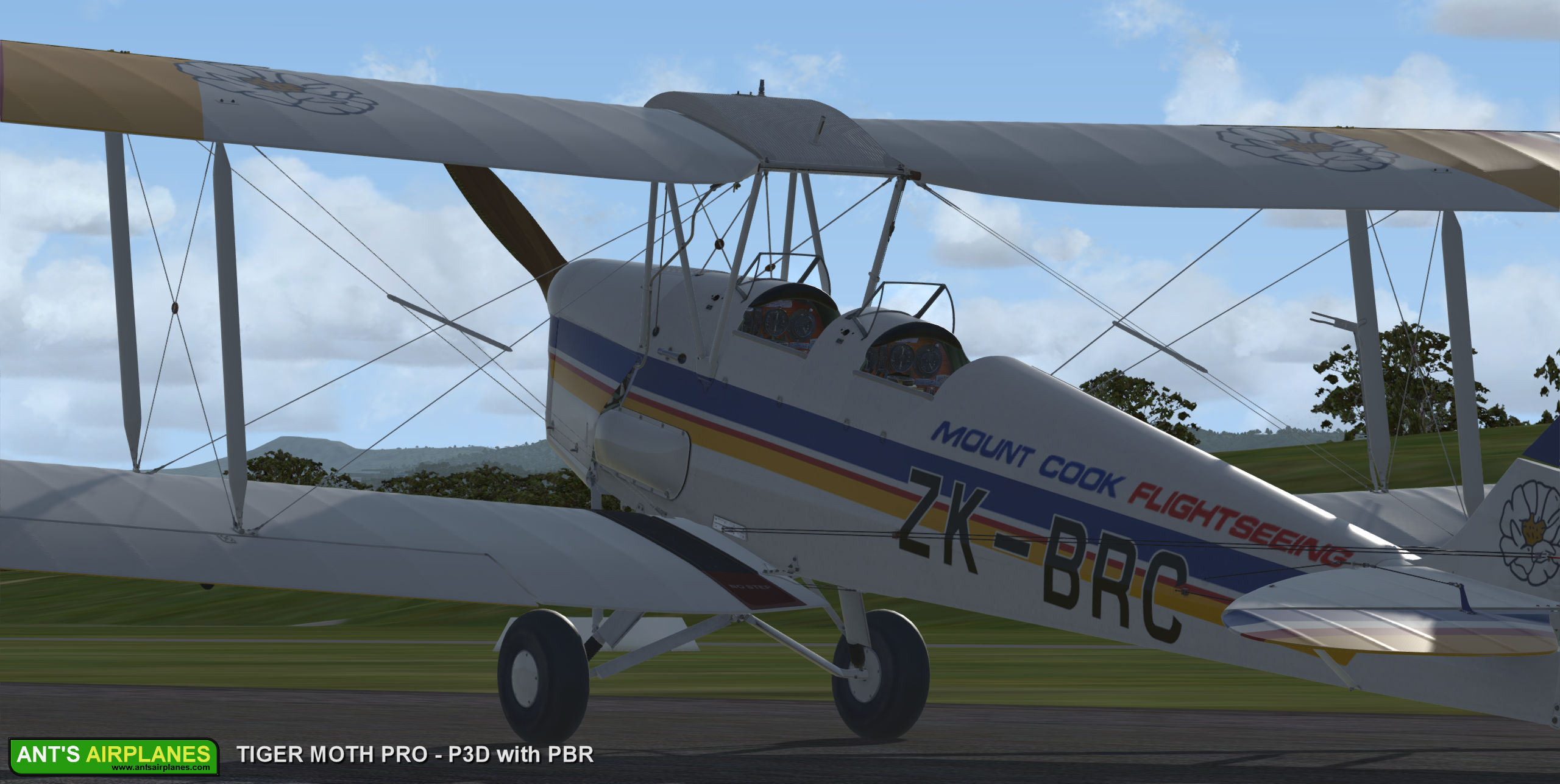 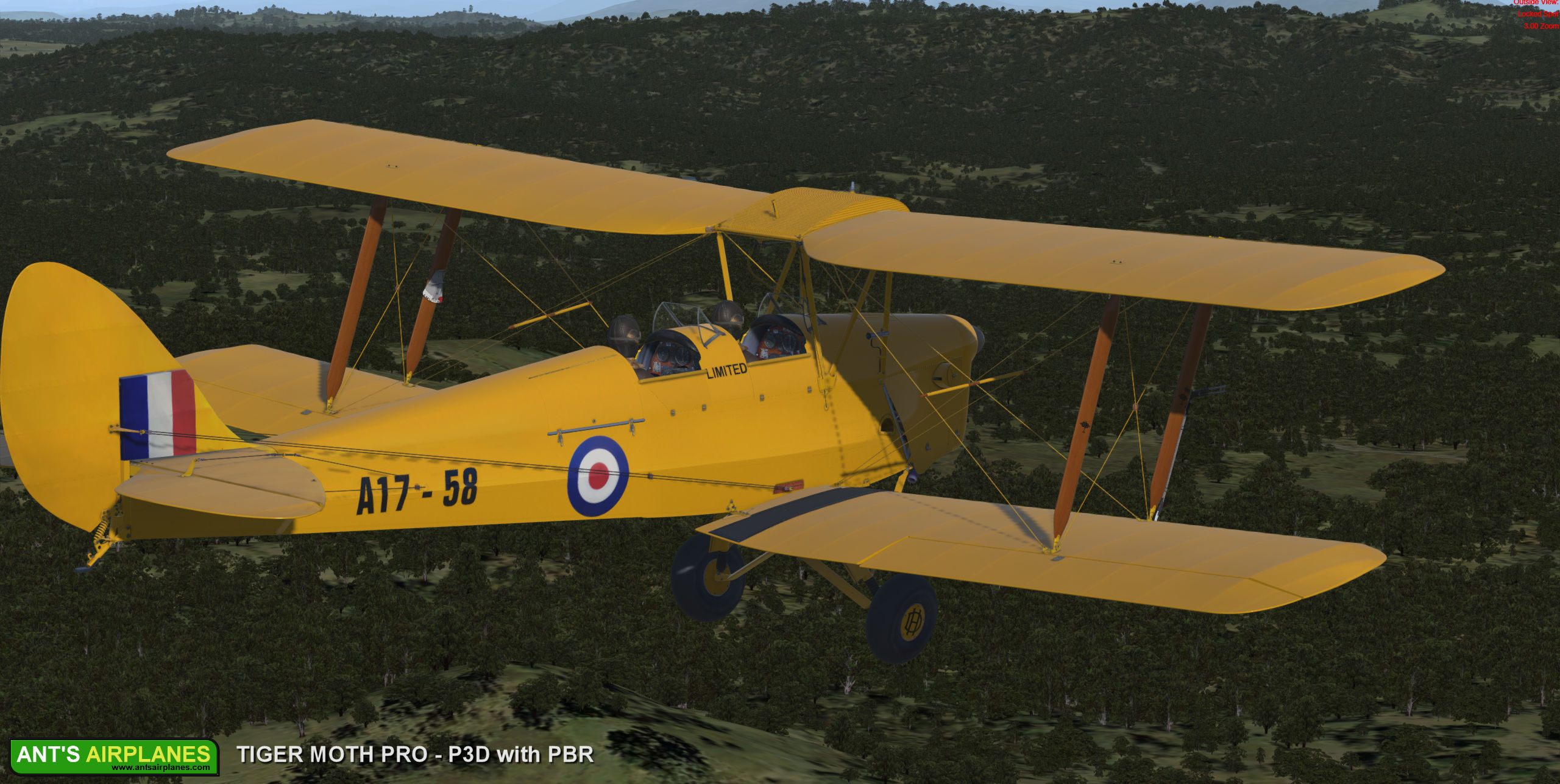 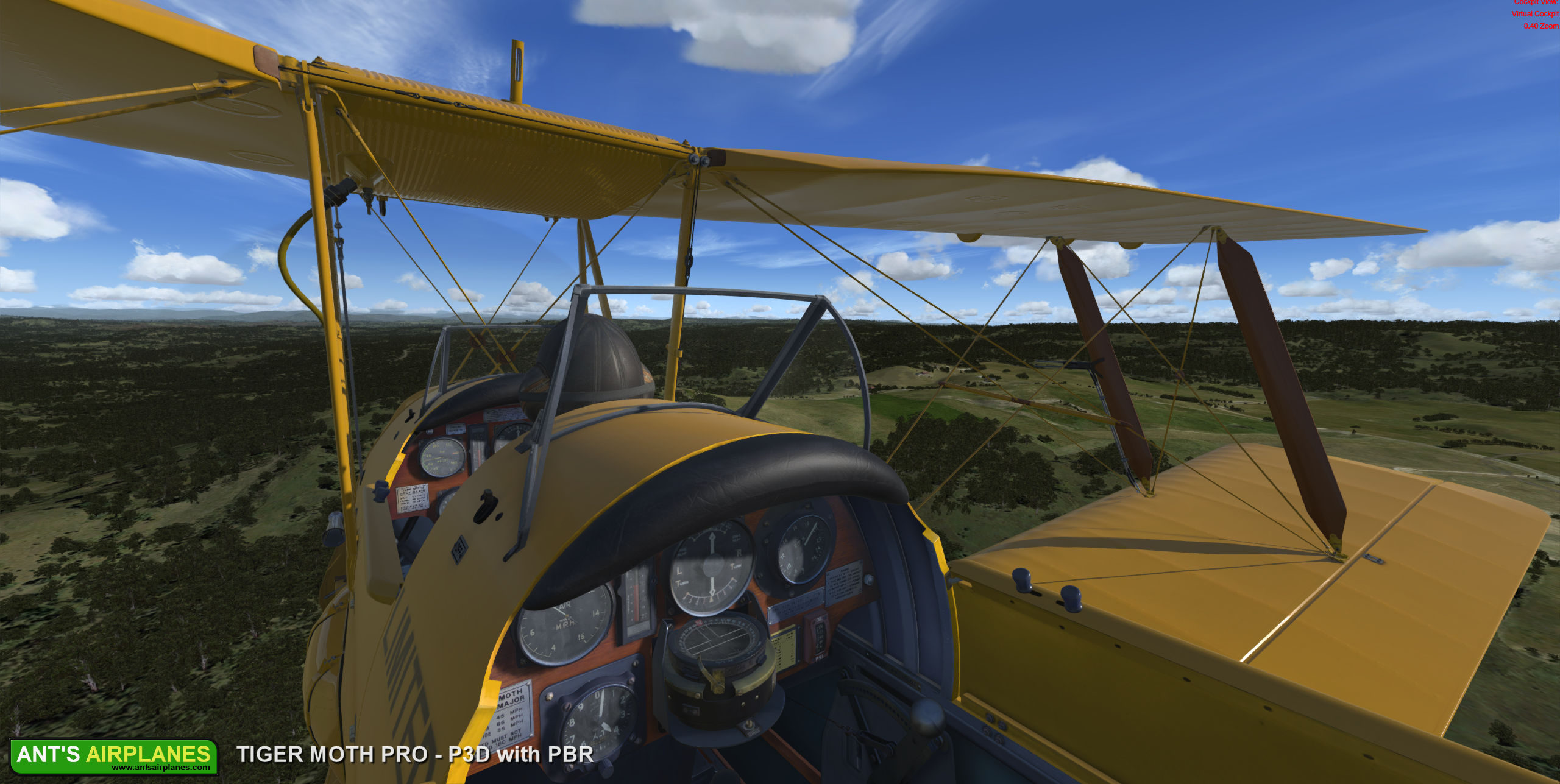 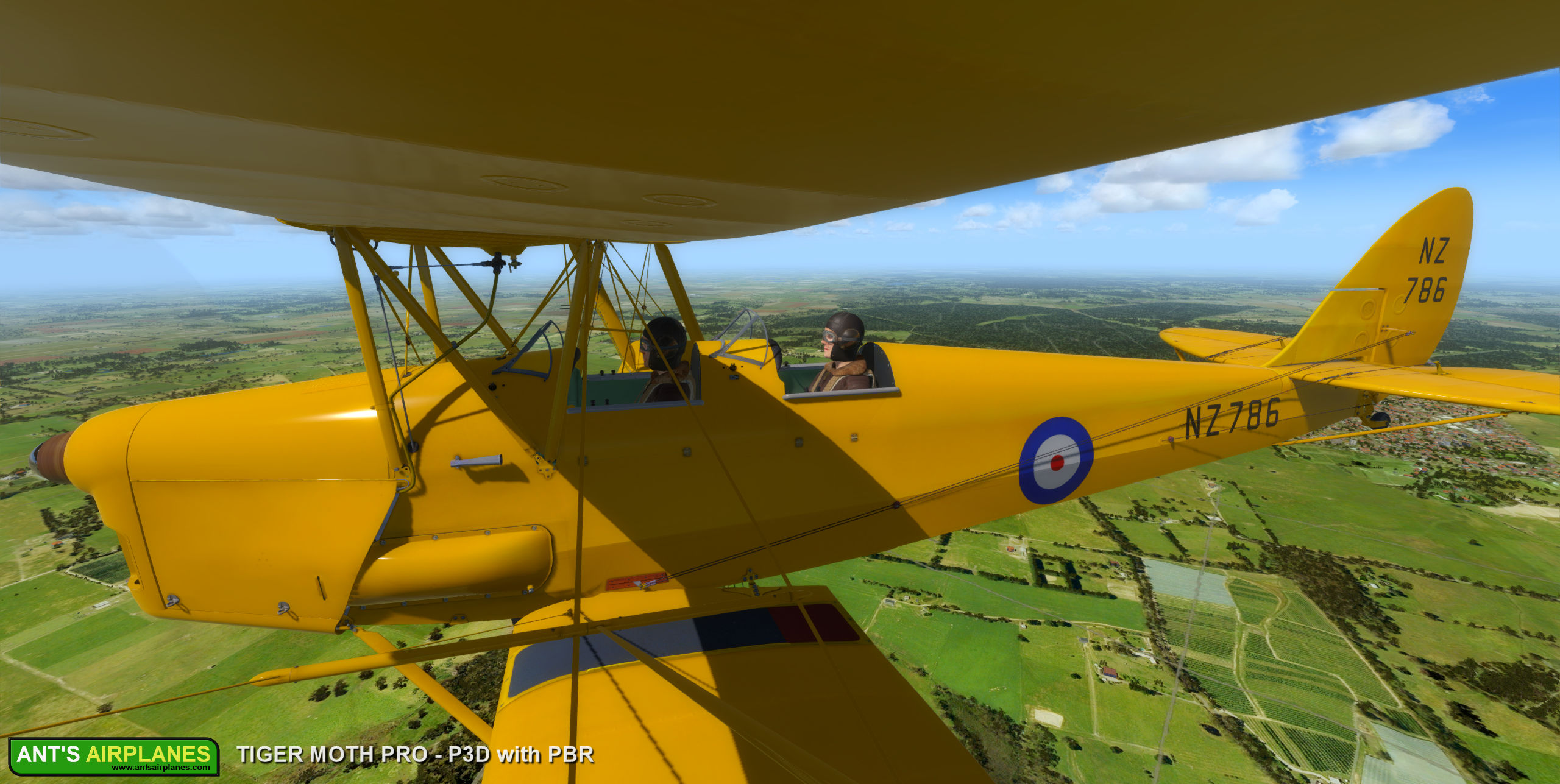 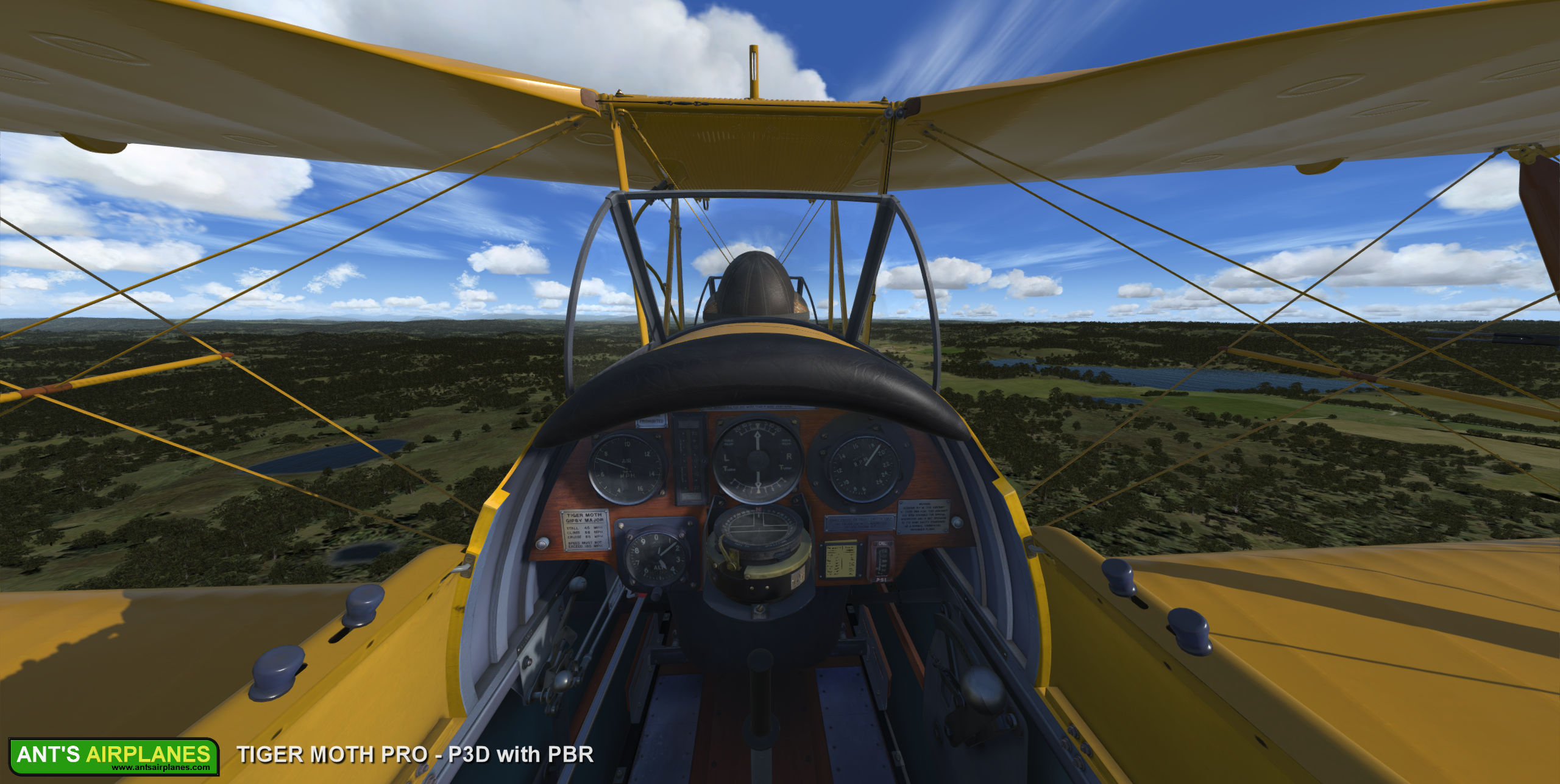 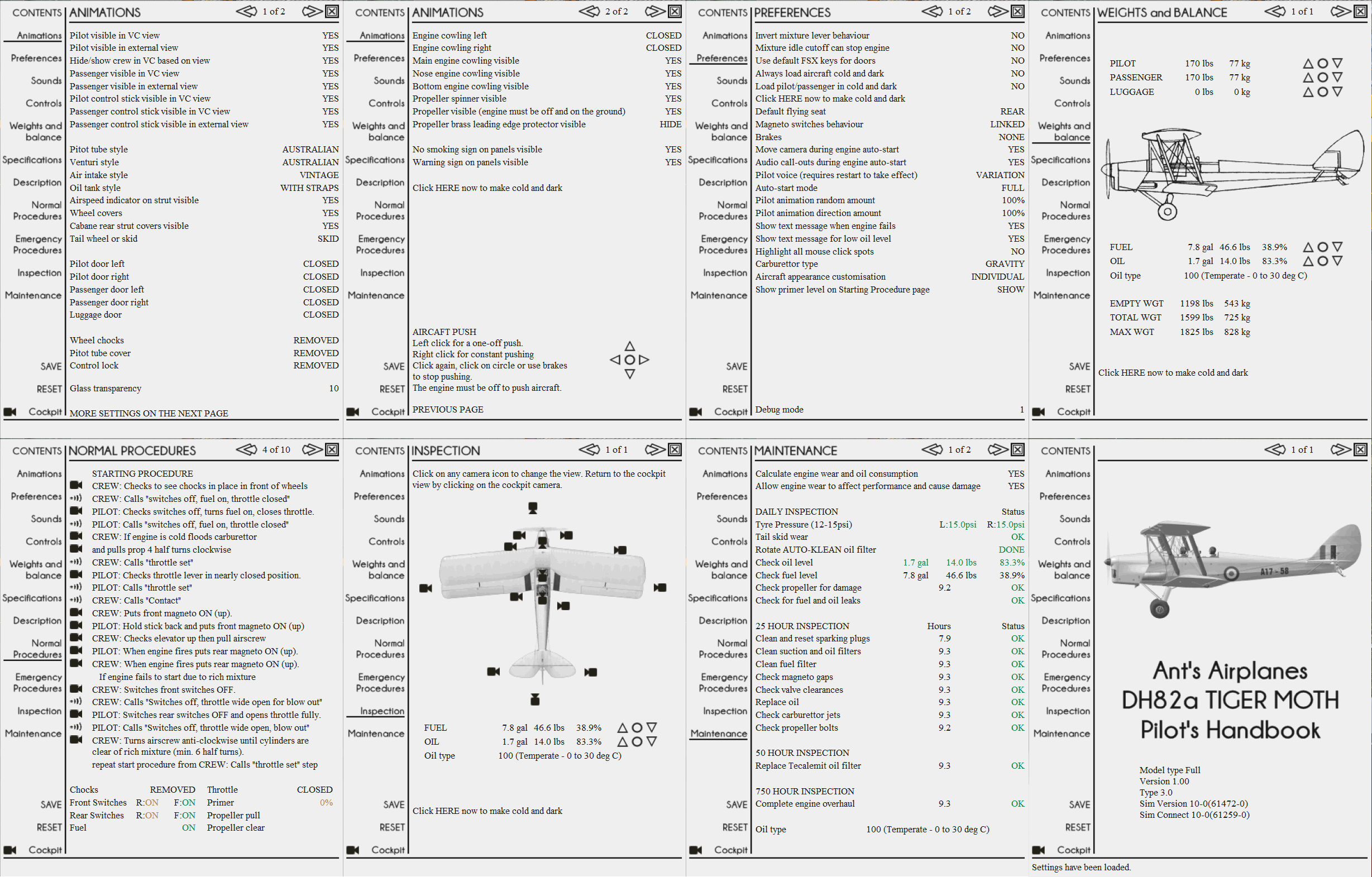